Today’s weather in greater Bangor will be partly cloudy with highs in the high 70s. Check your local forecast here.

Senate Majority Leader Mitch McConnell, R-Ky., said Thursday that if his party fails to muster 50 votes for its plan to rewrite the Affordable Care Act, it will have no choice but to draft a more modest bill with Democrats to support the law’s existing insurance markets.

The remarks, made at a Rotary Club lunch in Glasgow, Kentucky, represent a significant shift for the veteran legislator. While he had raised the idea last week that Republicans may have to turn to Democrats if they cannot pass their own bill, his words mark the first time he has explicitly raised the prospect of shoring up the ACA. Read more.

At least three people worldwide are infected with totally untreatable “superbug” strains of gonorrhea which they are likely to be spreading to others through sex, the World Health Organization said on Friday.

Giving details of studies showing a “very serious situation” with regard to highly drug-resistant forms of the sexually-transmitted disease, WHO experts said it was “only a matter of time” before last-resort gonorrhea antibiotics would be of no use.

Despite decreases in cancer death rates nationwide, a new report shows they are higher in rural America than in urban areas of the United States.

The report released Thursday by the Centers for Disease Control and Prevention found that rural areas had higher rates of new cases as well as of deaths from cancers related to tobacco use, such as lung and laryngeal cancers, and those that can be prevented by screening, such as colorectal and cervical cancers.

Differences in the incidence of cancer, or the rates of new cases, could arise because of risk factors such as smoking, obesity and a lack of physical activity, the report said. Read more.

Lincoln Town Manager John Sutherland could lose his job if he is convicted of pending criminal charges.

The town council voted 4-3 on June 27 to extend Sutherland’s $60,000 annual salary for six months, rather than three years, in light of charges he faces for allegedly breaking into his daughter’s ex-boyfriend’s garage in November, Town Council Chairman George Edwards said. Read more. 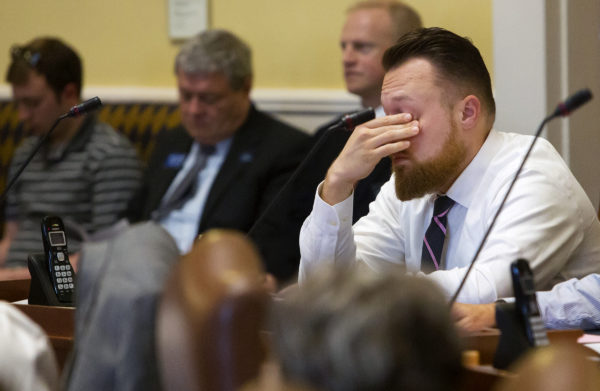 The fanfare and tumult of enacting the state’s biennial budget is over, but there are decisions worth potentially tens or hundreds of millions of taxpayer dollars left to make when the Legislature returns for its last two days of this year’s session.

There were 137 bills enacted by the Legislature this year which are in danger of slow deaths if lawmakers can’t find funding for them. According to the Legislature’s Office of Fiscal and Program Review, funding all of those bills would cost more than $486 million over the biennium. And according to the chairmen of the Legislature’s budget committee, the amount of money available to fund the bills is somewhere close to $0. Read more.

In the deadliest shooting spree since 2015, a Madison man shot and killed his wife, their adult son and a neighbor and injured another man, before police shot him dead, according to the Maine State Police. 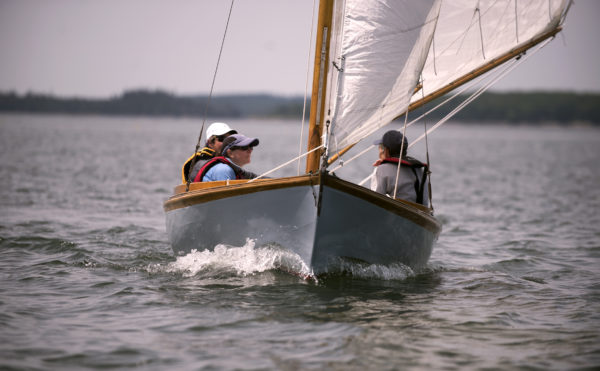 Women master the craft of sailing at Maine coast school

For Vivian, a logistics supervisor for Christie’s Auction House in New York, the decision to spend a week on the coast of Maine learning to sail grew out of her experience as a paying passenger aboard one of Rockland’s most iconic windjammers. Her previous boating activity consisted largely of working on her father’s fishing trawler off the coast of New Jersey.

“I rode on the [Schooner] J&E Riggin three times,” she said. She liked the experience of sailing so much, “I decided it was time to get closer to it.” Next summer, to build on the skills she acquired during this week, Vivian plans to take another sailing course taught by Jane Ahlfeld aboard the Schooner Mary Day, a windjammer based in Camden.

“In two years, I’d like to be comfortable handling a small sailboat by myself,” she said. Read more.

A Taste of the Market – Camden Farmers’ Market

A Taste of the Market, Saturday, July 15, 10 am to 12 noon at Camden Farmers’ Market. In at tip of the hat to Camden’s Harbor Arts & Books Fair, market members will be practicing the art of using locally grown and produced foodstuff to whip up some yummy dishes for sampling at each booth. Music at Market on the 15th will be provided by Will Neals & Andre Lascouix. Read more.

Canadian papermaker Catalyst Paper wants Maine taxpayers to back a loan of up to $25 million to help it purchase a machine to make tissue paper at its mill in Rumford.

The company has applied to the Finance Authority of Maine for a $25 million loan under the agency’s Major Business Expansion program, according to minutes from the authority’s April meeting.

If approved, it would be only the second project to get financing through the program. Read more.

Looking for a healthy a taste of winter? Try pine needle tea and cranberry smear

Looking for a healthy a taste of winter? Try pine needle tea and cranberry smear